TBA
Tal Goodtime will be an upcoming antagonist in Jolly 4.

Tal Goodtime is a tall, lanky puppet-like animatronic with slender arms, long skinny fingers, and lanky legs, along with a torso with a yellow shirt with white buttons, black tux, and a large yellow bowtie. His face is split down the middle and has a wide open, smiling mouth with yellow lips, olive cheeks, yellow around his eyes, thick black eyebrows, and olive irises on his eyes. 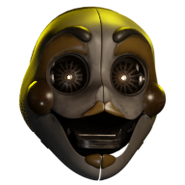 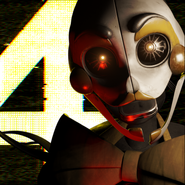 An icon for Tal Goodtime, created by Mechlus.
Community content is available under CC-BY-SA unless otherwise noted.
Advertisement